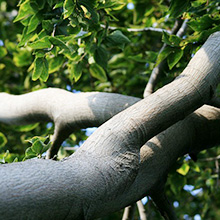 A Champions Champion Tree
28 JULY 2017
In 2008, Nelson Mandela planted a tiny Great White Stinkwood in Thokoza Park Soweto. Just before Mandela Day this month, the young Stinkwood was gazetted by the Gauteng Heritage Resource Authority as a champion tree.

South Africa was the first African country to initiate the special protection of trees deemed as Champion trees. These trees receive national protection because of their value to our communities in terms of age, size, cultural heritage or historical importance.
To date, any person or organisation can nominate a tree for Champion status. 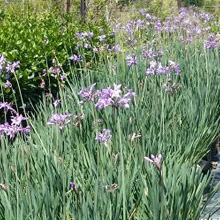 Add Some Society to Your Salad
1 DECEMBER 2015
Weve got a cracking Christmas special: the Tulbaghia violacea, also known as Society Garlic or Wild Garlic. This attractive South African ornamental evergreen outdoor bulb is virtually drought-proof as it does best in full sun and light, sandy soil (excellent for water restrictions). Tulbaghia belongs to a genus of the lily family which is entirely restricted to Africa, and, its entirely edible. Add some colour to your salad, eat the peppery sweet flowers raw and use the tapered leaves like garlic.

When not garnished on a dinner plate, crushing Tulbaghia leaves treats sinus headaches and repels insects; the fresh bulbs are boiled in water and the decoction taken orally to clear up colds and coughs. Place your orders for this versatile flowering beauty by calling the office: 021 864 3046. 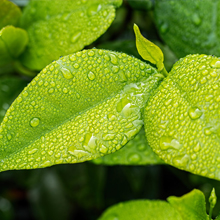 Autumn Planting
21 APRIL 2017
Autumn's increased rainfall will start keeping your garden hydrated so it's a great season to plant and transplant trees and shrubs. Keep planting waterwise trees that can tolerate drought as South Africa is a water scarce country.

Laying a balanced fertiliser at the same time as Autumn's first rain is recommended; use your home-made compost and remember to add mulch as we have had a dry summer. 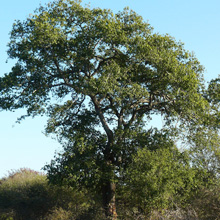 Drought Myth Buster
24 MAY 2017
There is a misconception about planting trees during a drought. Indigenous, drought tolerant trees, directly counter attack some consequences of drought by performing a function called hydraulic redistribution: where groundwater is redistributed vertically and laterally through the root system. Indigenous trees planted now will send out a deep root system to access water it will then redistribute along its root system. 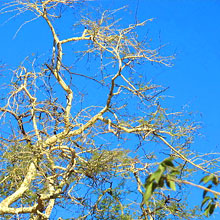 Functional Fevers
17 MARCH 2017
Used since the 1600's as a remedy for fevers, the aptly named Fever tree has a longstanding history of functionality when it comes to aiding its environment.
To ailing man, Fever trees have helped by curing fevers and malaria, as quinine is extracted from the bark (which is also where this tree's photosynthesis occurs).
To their immediate surroundings, Fever trees enrich the soil with nitrogen which allows plants around the tree thrive.

And to landscapers, happy Fever trees offer an exceptionally fast growth rate of around 1.5 metres per year. So to see quick results, place your Fever order today: 021 864 3046. 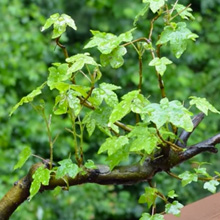 Liquidambar
13 SEPTEMBER 2016
his month's Tree of the Month is the 50 lt Liquedambar styriflua (liquid ambar). A gem in any garden, this species actually originated in North America (where known as the American Sweetgum), and today, the Liquidambar is one of the most important commercial hardwoods sold in the States.

It is a fast growing, hardy ornamental shade tree with distinct, five pointed, star shaped leaves that turn intense and brilliant shades of yellow, amber and red in the autumn months. The flexibility of this colourful addition to your landscaping project is best exemplified by these diverse little Liquidambars: https://www.youtube.com/watch?v=J9fSHQslzB8

Some Sweetgum Secrets
13 OCTOBER 2016
Still on special is the Sweetgum (Liquidamber styraciflua) which grows best in shady areas and clay soil and grows to about 15 metres in adulthood. The Sweetgum heartwood is pinkish while it's sapwood is creamy white and both are popular for furniture and veneer production.When wounded, the Sweetgum exudes a vanilla-scented resin, called styrax, which is used to make perfumes, incense and fragrant soaps.

Medical uses of this versatile variety is as an expectorant for sore throats and coughs, an antiseptic when used topically and even as a remedy for viruses such as the flu, measles and chickenpox when ingested. 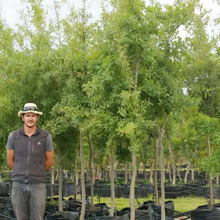 The best tree for problem landscapes
8 APRIL 2015
Weve got the Quercus nigra (commonly known as the Water Oak) on special this April - a beautiful tree for a variety of soil types. The Water Oak thrives in heavy, compacted soil as well as wet and swampy soil. This makes it a phenomenal choice of tree for problem landscapes, particularly swampy areas along ponds and streams (though it grows just as well on upland sites). It has a spreading, rounded, open canopy and produces an abundance of acorns that make a wide range of wildlife the Water Oaks biggest fans (after us!).

This adaptable tree grows quickly and is used to restore bottomland hardwood forests that had previously been cleared for agriculture. Give us a call on 021 864 3046 to place your order. 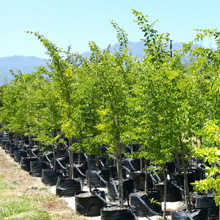 The big and small of the Chinese Hackberry
7 JULY 2015
This months tree special is the Chinese Hackberry (Celtis sinesis) and it is one of our absolute favourites here at TreeCo not only because of the birdlife it attracts, but also because the wood of this interesting tree has the highest bending tolerance of all species of wood in the world. Collectively, these trees form an outstanding wind break and, though commonly planted as an avenue or as specimen trees in parks and public spaces, the Celtis sinensis also makes a striking feature in large gardens which is why we have such excellent specimens in stock for you this month.

Here at TreeCo, we are the big tree nursery. Our unique growing methods consistently produce the healthiest trees that grow into big beauties in their new homes and the Chinese Hackberry is always an enthusiastic grower that can reach 20m with ease. But while TreeCos Chinese Hackberries are ready for new heights in the great outdoors, bonzai fanatics around the world keep theirs trimmed to a tee to produce perfect miniatures of this delightfully versatile tree. Take a look at the Cape Bonsai Kais collection of Celtis sinesis in their species gallery at the bottom of the page: www.capebonsaikai.co.za 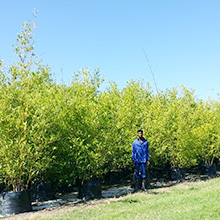 The Bambusa family includes between 100 and 120 species, most very popular because of their beautiful foliage.

This attractive plant can not only be pruned to create small hedges, but can be pruned into whichever shape works well in your garden. For this reason, the Golden Goddess a very versatile showstopper for your landscape, although like most grasses, it has unremarkable flowers.

It spreads much slower and much less aggressively than runner bamboo, which is ideal for vertical gardens as well. This particular bamboo can grow up to 10 feet tall and thickens up well. It is also quite resilient to very hot and cold conditions and makes a wonderful evergreen addition to any garden.
1 to 10 of 15 Stories
Next
Iwan Ross
Powered by Iwan Ross